Professor Rob Paarlberg on a scientific approach to food policy

When it comes to the often heated debates over food and farm policy, Rob Paarlberg says he’s not preaching to the choir, because he doesn’t have one.

In a world where food and farming are highly polarized issues, Rob Paarlberg’s approach is to follow the evidence. This has earned him great respect, but also means his well-researched views tend to land him in no-man’s land between traditional industry views and the new food movement.

For instance he supports modern commercial farming and the use of fertilizers - but he’s not pro- big Ag. He’s calling for better animal welfare standards (and even toys for pigs) - but he’s not against eating meat. 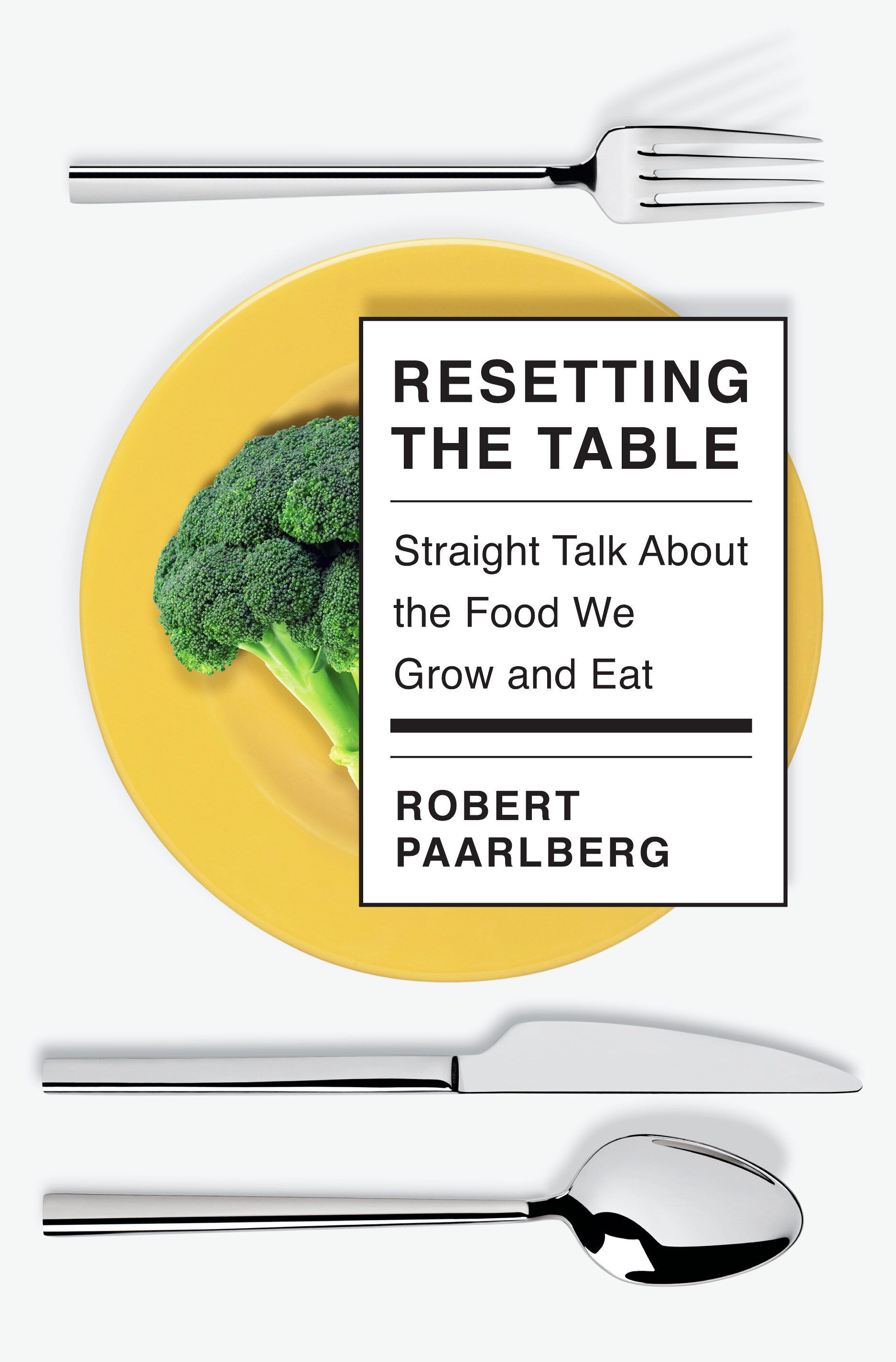 He’s a political scientist and author, Associate in the sustainability science program at the Harvard Kennedy School, and an author renowned for turning some of the popular myths about food and farming policy completely on their head.

Rob’s latest book, “Resetting the Table: Straight Talk About the Food We Grow and Eat”, is no different.

In it, Rob argues that food policy, rather than farm policy, should be the main focus of reform when it comes to the American food system.

In this episode, Rob shares how following the evidence has led him to hold views which don’t align with either side of debate on issues such as sustainable agriculture, animal welfare, US farm subsidies, and the obesity epidemic.

Sustainable agriculture: we cannot return to the old ways

Rob rejects the agroecological view that modern agriculture is harming the environment, and the claims that a return to the old, pre-industrialized methods would be more sustainable. But he also argues that the agriculture industry needs to make better use of technology and research to reduce its impact on the environment.

Rob says the evidence suggests we cannot afford to return to the low yield methods of the past without causing significant environmental and social harm.

Today in the US, we produce three times more food than we did in the 1940s. To hit today’s volumes with 1940’s methods, Rob explains we would have to cut down our remaining forests to expand farmland.

“I think people who want to go back to traditional farming are fooling themselves,” he said.

“It’s not their fault. They believe what they hear- they visit small, organic farms in the countryside on the weekend, and it looks to them like an ideal way to produce food.”

Rob is not against small, organic farms. However, he  says that when you look at the evidence, they have failed to scale.

“Organically grown products have been heavily promoted for two decades and they are very popular with consumers. Yet, farmers don't like growing crops without nitrogen fertilizer.”

This means very few farmers have switched to organic: only one percent of harvested crop land in the United States is certified as organic, and organic sales comprise only two percent of farm sales.

Part of the problem, Rob argues, is the organic industry’s rigid- and arbitrary- restriction on the use of synthetic nitrogen fertilizer.

“It makes sense, in many cases, to reduce the use of nitrogen fertilizer and to reduce it dramatically. But to reduce it to zero is completely arbitrary”, Rob said.

“There's no scientific foundation for that.”

Instead, Rob calls for a greater investment in research and technology to help lower the chemical intensity of farming and bring down greenhouse gas emissions. Going back to the way things were, he says, is not an option.

Animal welfare: we have an ethical responsibility to do better 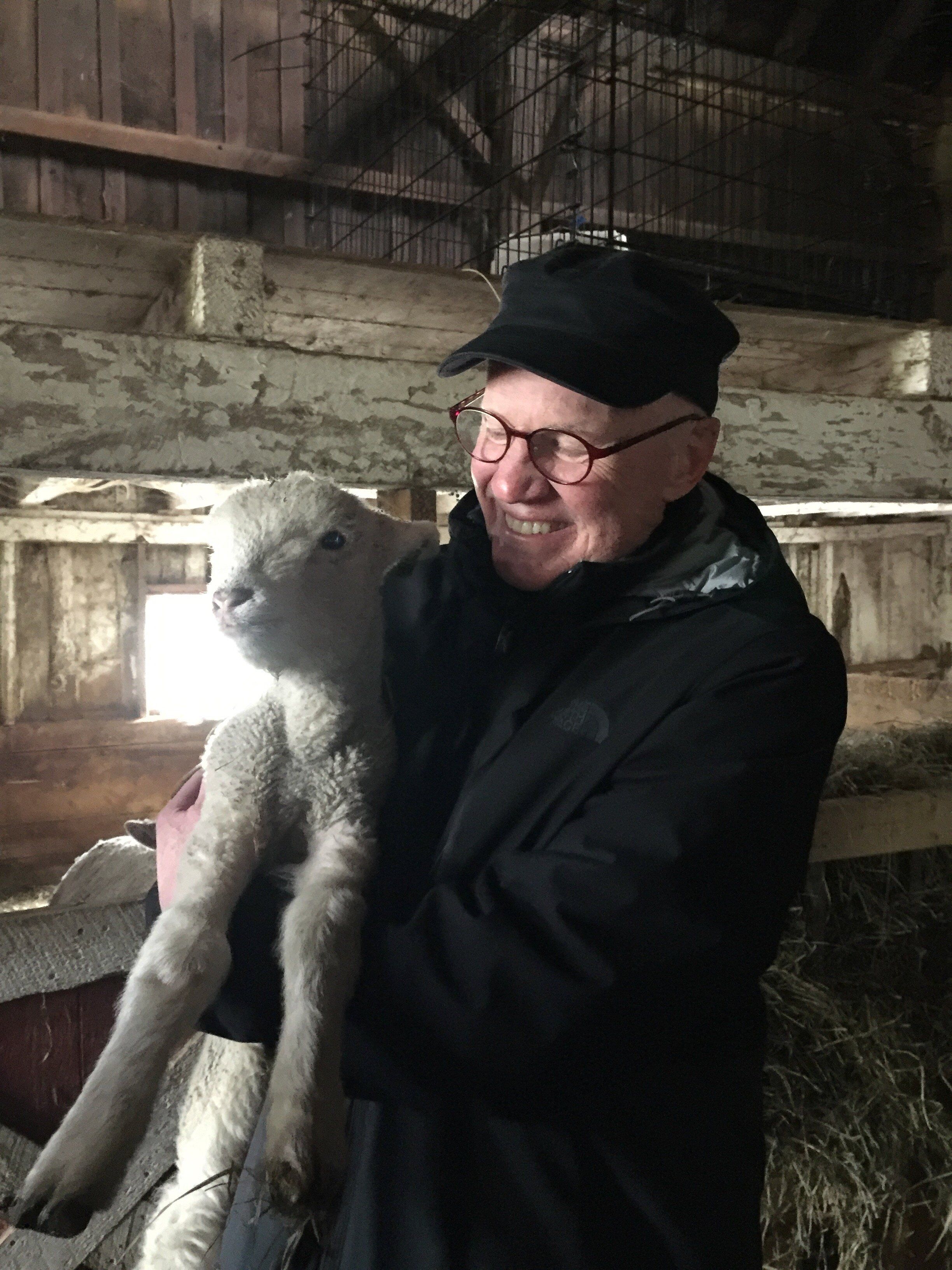 While Rob lauds the innovations and advancements of modern agriculture from an environmental sustainability perspective, especially in cropping, his evidence-based approach leads him to disagree with many advocates of industrial farming when it comes to animal welfare.

But that doesn’t mean he’s against eating meat, either.

Rob argues that the livestock industry in the US has a long way to go: while gains are being made in terms of lowering greenhouse gas emissions and improving climate resilience, the industry is not yet willing to talk about how it houses its animals.

“You have to worry about the excessive confinement of the animals, particularly in pork production and with egg-laying hens,” he said.

But Rob argues some relatively simple and low-cost measures can make a big difference. For instance, in the Netherlands, they have much higher standards on the housing of pigs, including giving them toys.

“These animals are far more intelligent than cats and dogs, and are subject to boredom if they don’t have stimulation,” he said.

He said housing costs for pigs in Europe is only 10 percent of overall production - making it a small price for big animal welfare improvements.

But Rob is not on the side of what he calls “the new food movement”, which is against meat consumption altogether.

For Rob, it’s about acknowledging that the well being of domesticated animals is ethically our responsibility, as we have bred them in such a way that they would not survive in the wild.

“We must treat them as well as we can, right up until the moment where we take their life. And we must make that as instantaneous and unexpected as possible.”

“And if we do all that , domesticated farm animals can have a better life in many ways than animals in the wild.”

US farm subsidies do NOT make food cheaper, nor are they to blame for the obesity crisis

US farm policy, and especially government subsidies, are often blamed for all kinds of problems in society. Rob argues that many of these claims are unfounded. However, this doesn’t mean he’s a wholesale supporter of the current policy framework or political culture. Instead, he argues the focus should be taken off farmers and put onto food policy.

He uses the obesity epidemic as an example, where there’s a popular sentiment that farm policy is the root cause. The basic argument goes as follows: farm subsidies have made food super cheap, which has led to over consumption.

But Rob says farm subsidies don’t make food cheaper at all. In fact, the opposite is true.

“The purpose of farm subsidies is to increase the income of farmers,” he said

“And often the best way to do that is to drive up the price of agricultural commodities.”

Prices are usually driven up by placing a restriction on imports or mandating the use of agricultural commodities for non-food items (such as corn-based ethanol). Therefore, farm subsidies actually make food artificially expensive.

Even sugar, a major contributor to obesity, is made more expensive in the US by keeping cheaper foreign sugar out of the market-- American prices are 60 -70% higher than the rest of the world.

So if farm subsidies are not causing the obesity epidemic, what is?

“I blame the obesity crisis in the United States primarily on the food environment that's been created by food manufacturing companies, retailers and restaurant chains,” Rob said.

“These companies take the perfectly healthy commodities grown by farmers and add sugar, add fat, add salt, and hyper process them so that they go down so fast you don't even have to chew”, he said.

“They become virtually addictive and it's almost impossible for a certain segment of the population to moderate their consumption.”

Rob argues that American values, and therefore political culture, exacerbate the issue and limit the range of solutions.

“We’re going to innovate our way out with bariatric surgeries or new treatments for Type 2 diabetes.”

That means other options that have proved successful elsewhere in the world to curb obesity, such as taxes on sugary drinks or policy restrictions to limit junk food advertising, are left off the table in the US.