Peter Thompson and his wife Nicki run EchoCattle, a roughly 18,000 acre property  located 80km northeast of Roma, in southern central Queensland, Australia. They run a grass-fed beef operation and crop around 3,000 acres, depending on the season, with an additional 6,00 acres of wilderness country.

As of this year, their house block (~10,000 acres) will have been in the Thompson family for 70 years. They’ll also celebrate their 42nd anniversary together.

The Thompson’s have been farming regeneratively long before it was a ‘thing’. In this episode, Peter shares his hard-earned insights about:

“I see the technology being able to give us the ability to help people understand and connect people so that they realize that it’s not me as the farmer doing whatever might be perceived as bad for the environment. It’s you and me and everyone else that eats and drinks and lives. We’re all complicit in it, so if we can virtually connect everyone and connect people back… I still believe we’ve got significant time to turn things around, if we start now”

Searching for Win-Wins and Breaking Tradeoffs

The Thompson’s property is home to forty coal seam gas wells, which are some of the first drilled in Australia. Knowing that the world needs energy, and because they loved where they lived, Peter and Nicki made the conscious decision to find a way to have the wells and still look after the land.

They started by putting some principles in place. First, protect the land. Second, ensure the property continued to be livable for the family. And finally, make sure their operation wasn’t at risk. They also did their homework to ensure that they understood the impact these wells would have on the environment.

Once Peter decided to have the wells, he needed to figure out a new model for compensation. The original approach from the gas company was to pay producers with “a few cartons of beer and tickets to the rugby.” That didn’t fly with the Thompsons. Instead, they worked with the gas company to develop a compensation package that took the well from being worth a few thousand dollars per year, to “hundreds of thousands of dollars.”

The financial benefits of the gas wells have been a significant support, especially during dry times. Further, Peter is proud of the compromise that they reached, and that they were able to reach it without compromising the wellbeing of the land or the water. Peter’s approach was pragmatic, but grounded in a commitment to sustainability and vision that the environment and enterprise can work hand in hand.

“We must consider humanity and the environment in everything we do”

Back in the 90’s, hormone growth promotants (HGP’s) were all the rage, enabling producers to get top dollar for glossy, muscled cattle. For Peter and Nicki, this just didn’t seem right, so they turned to grass fed production instead. Some called him mad, but he stuck to his guns.

It turned out to be a great decision that has paid off. Just two years later, the big supermarkets were refusing to sell any beef with traces of growth promotants. And now, Peter’s grass fed beef commands a premium.

As much as we all wish there was a silver bullet, farming- like life- just doesn’t work that way. Farming practices and technologies that take time and consideration are more often than not where producers strike gold.

Netflix and No Till

Conversations about connectivity in agriculture often focus on the potential productivity benefits from the technologies that an internet connection can enable. Peter has certainly explored these new and emerging tools, from walk over weighing to pasture mapping to water monitoring, Echo Cattle is a progressive operation in terms of technologies as well as practices. They also recently hosted a field day where, despite being “80kms from anywhere,” guests had “city style” wifi access.

With the significant investment Peter has made into connectivity comes another benefit: Netflix. Farmers and their staff don’t farm 24/7, and so, like the rest of us, they love a chance to rewind with a movie at the end of the day. A fast internet connection also helps staff keep in touch with family and friends. Peter has seen the benefits in terms of quality of life as well as retention.

In the future? Maybe he’ll be live streaming from his drone, too.

Want to learn more about Peter and some of the technologies he’s using? Check these out: 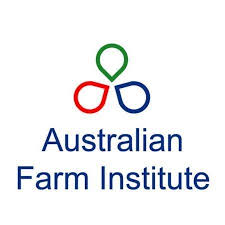 This episode is the fourth in the theme, responding to climate risk, brought to you in partnership with Australian Farm Institute, an independent organisation conducting research into the strategic issues facing Australian farmers and the agriculture sector. Find them on social media @AustFarmInstitu an online