So, you think you’re using regenerative agriculture - but can you prove it?

A recent conversation with one of Australia’s most prominent sustainable farming advocates completely shocked me when it came to his views on regenerative agriculture (or, “regen ag” as the cool kids call it).

Farmer and owner of Jigsaw Farms in south-west Victoria, Mark Wootton, likened regenerative agriculture to “an evangelical movement”,  which is proving to be more of a distraction when it comes to true environmental sustainability and farm productivity.

“I think they need to come up with the science,” he said.

“They keep coming - and I keep saying; send me the science, the peer-reviewed science that shows me the outcome,”

“And not one of them has produced it yet, not one. “

It was so strange to hear this criticism of regenerative agriculture from Mark Wootton - because he is not exactly a climate change denialist.

Far from it. His farm, north of Hamilton, achieved carbon neutral status in 2011.

He was also Chair of the Climate Institute for 12 years - a not-for-profit climate science and policy research organisation (which closed in 2017).

But his point is that, if the agriculture industry is to tackle the uncomfortable reality, that it’s a significant contributor to climate change, then the industry needs solid data on what is actually working. 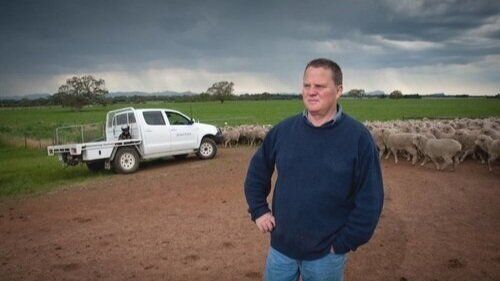 According to the Australian Government’s Department of Agriculture, livestock emissions account for 10 per cent of the country’s greenhouse gas emissions.

Mr Wootton believes there are those who are using the term “regenerative agriculture”  incorrectly.

And he said the practices they’re using won’t be enough when it comes to seriously reducing emissions and maintaining agricultural productivity.

What actually is “regenerative agriculture?”

That’s a tough question - with no clear answer. Ask some farmers and they’ll say it’s what they have always been doing - it’s simply best practice.

Broadly speaking though, ‘regenerative agriculture’ is a conservation style of farming - often focused on increasing the health of soil, improving biodiversity, and general resilience to climate change.

It’s hard to imagine how that could be controversial at all. 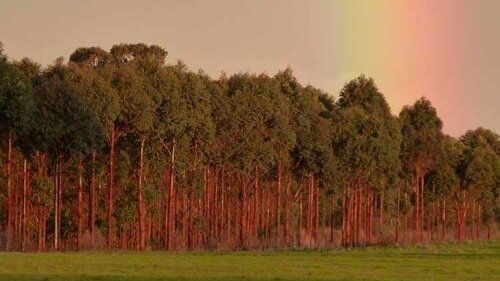 But for some farmers, including Mark Wootton, there’s a concern the label is being used by people who are trying to sell products or practices that don’t actually have any evidence behind them.

“I'm a regenerative agricultural participant here. And I don't like that name being taken away from what we do,” he said.

“And just because you use that name regularly, you need to define, improve and support your cause”.

Mark’s own farm, which he runs with his wife, Eve Kantor is an example of a farming system which has its carbon neutral claims backed by a peer reviewed study by the CSIRO.

Jigsaw Farms runs 20 thousand sheep for fine wool and prime lamb, as well as 500 cows. The farm has also a timber plantation and a biodiversity plantation that acts as a carbon sink.

Mark Wootton said he regularly has biodiversity experts from Deakin University record and measure the environment at his farm.

“What we do is clearly positive for the environment in any sense of the word.”

“And I would challenge even some of those ‘regen’ people to come and beat our data in terms of outcome to the environment, or outcome in terms of native flora or fauna -whatever the criteria they use.”

“And yet we can still produce double the amount of food and fibre and not damage the environment.”

“We are regenerating what was here in a cleared landscape full of onion grass.”

While planting trees worked well for Mark - he admits it’s not going to work for every farmer. Also, part of the reason he did it, was because he simply loves trees.

But Mark Wootton said many sheep or cattle producers can lower their emissions through feed efficiencies.

“We've got an opportunist feedlot containment area here where we hold anywhere up to 7,000 lambs, and we can do a fair bit of measurement now, particularly with having an EID system (electronic identification) where we can measure growth per animal, “ he said.

By changing what you put into the feed, he believes you can lower the amount of methane produced.

“We can look at some of these inhibitor foods we put into the mixes - whether it’s a seaweed based one or whatever, you can change the methane behaviour,” he said.

“Even if you don’t accept any of the climate change or any of the social licence argument,  if it's about feed efficiency and you can put more kilos on per animal for the amount of feed you put down the throat, that's going to be pretty attractive to people.”

For Mark Wootton, it all comes back to the data - and it’s solid, transferable data the agriculture industry is lacking.

He said there needs to be a simple system for how the industry and individual farmers measure carbon footprint and biodiversity.

“If you can't sit down with a tool and enter it in, on an Excel-type approach...and put your data in there in a day - then people are not going to take it up.”

“This has to be a practical thing. And then it has to be robust to be defensible to the industry, that this has been done properly.”

Like what you read and want to know more? Listen to more of Mark Wootton’s insights on the podcast, available wherever you get your podcasts. And stay tuned… we will have more guests and articles on regenerative agriculture coming up over the next few weeks.