There’s a belief that if you join a big corporation and try to promote sustainability from within, that you have sold out, becoming part of the machine that created the problem.

But there’s a different view. 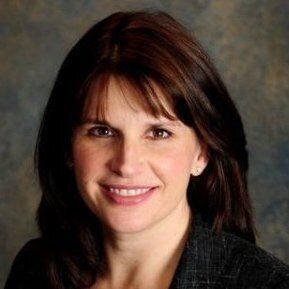 Nicole Johnson-Hoffman has spent most of her career processing and supplying beef to big companies like McDonalds.

After 19 years at Cargill, today Nicole is the Global McDonald’s Business Unit Leader and Chief Sustainability Officer at OSI Group, which supplies beef, chicken and fish to the famous fast food outlet.

Though Nicole grew up on a small dairy farm in Minnesota, she is now well-and-truly part of “the system”.

But, she argues that it’s only through big organizations that meaningful change to food production can happen.

“You know, only McDonald's and only mass brands can change the world,” she said.

“Niche brands can change certain products for certain people, but these mass brands are the ones who move the entire industry.”

It’s a fair point, especially when you look at the reach of a global company like OSI. It started small, but then began supplying McDonald's. Then when McDonald’s outlets started to pop up all over the world, so too did OSI factories to support them.

Now OSI works with multiple retailers, supported by a global food network of more than 65 facilities and 20,000 employees in 17 countries and regions. This includes the United States (where it all began), Australia, China, Germany, Canada, UK and Japan.

Nicole is obviously aware that McDonald’s doesn’t always have the best reputation, especially on the health front. She said “the people down the street” may not be aware of what McDonald’s is doing for sustainability in its supply chains, but McDonald’s suppliers - the processors and the farmers - do know.

“The way to know if a brand cares about these issues, is whether they are willing to invest. Do they put their money where their mouth is?”

“Are they really making a difference in supply chains or are they just cherry picking certain expensive, high end products that are only available to some wealthy people?”

“And I think the thing that's always impressed me about the McDonald's company and its approach is that they change entire supply chains,” Nicole Johnson-Hoffman said.

She said in the past, companies would try to ignore questions about where their food was sourced and would avoid engaging with the people calling them out on it. But today, these behaviors are a risk to the bottom line.

“Your brand is in your supply chain. You have these issues, you should be addressing them”, she said.

She said a good business is constantly analyzing its supply chain to root out any problems - perceived or real.

“When you are working in an industry like food production, where tradeoffs have to be made and are being made in really sophisticated ways all around the world, you need to understand which trade offs are being made and if there’s a better solution, “ she said.

And for Nicole, the production of beef itself is a key sustainability solution.

“I personally believe that beef production is good for the planet. It’s good for our communities, and it's a net positive for people. That's my perspective- I know others don't share it. I get that.”

Enjoyed this article? Please like and share it! Listen to more of Nicole Johnson-Hoffman’s story and insights on the podcast episode.

Useful Links from the episode: