We have the technology to measure and improve water efficiency on farms. Yet, the rate of adoption has remained low. Why is this?

Given the importance of water to the success of a crop, you’d think irrigation tech would be a lucrative market for tech developers and industry alike, as well as being highly sought after by farmers.

However, one recent European study found that 74% of farmers irrigate based on previous experience, with water meters only used by 26% of farmers. Water records were barely kept at all.

In this episode, and in our recent report, we explore the hypothesis that the problem is not with the technology, but rather due to a lack of understanding of farmer psychology. We also dig into a few major barriers to irrigation tech adoption, and the possible solutions for farmers, industry, and tech manufacturers.

Loss aversion is not a “farmer” problem, but rather a part of human psychology in general; we all fear loss more than we value potential gains.

Agronomist and author of the weekly newsletter Upstream Ag Insights, Shane Thomas, says loss aversion can often lead to farmers maintaining the status quo, which may include using more water than needed, for the comfort and security of doing what worked before.

“So you have this propensity not to take action because of that,” Shane said.

“And then you get all the compounding effects of the status quo bias that keeps you from progressing.”

Euan Friday, Chief Investment Officer at Kilter Rural, an Australian farmland investment firm, has seen just how difficult it can be to make decisions about irrigation. 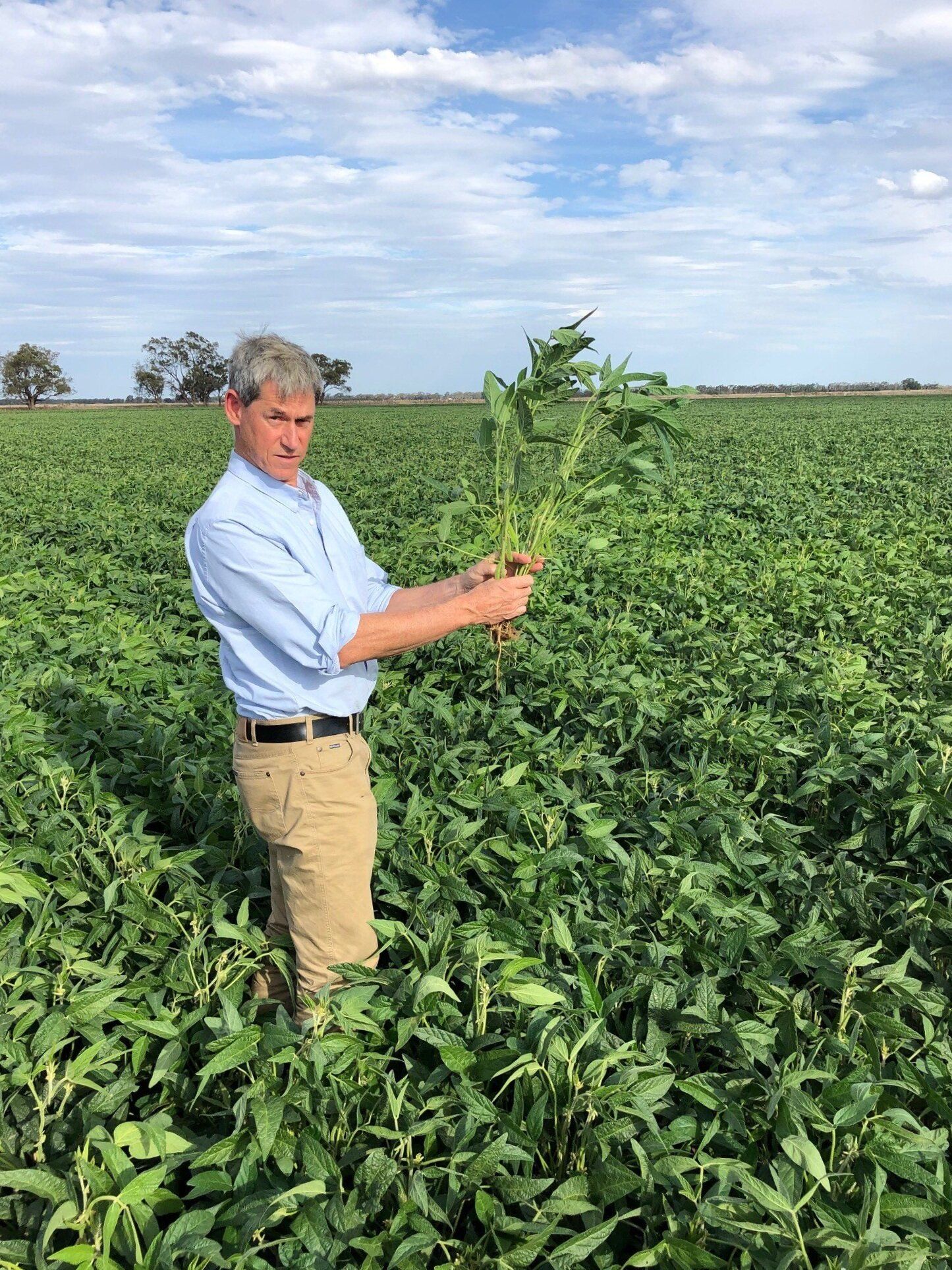 He says this is especially true when there’s a large upfront cost in the equipment, but the financial gains come much later on.

“For example, it's a pretty expensive technology to put subsurface drip tape in the ground,” Euan said.

“The cost of putting in farrow irrigation, laying out your fields from scratch, is $3000 per hectare. But to put in subsurface drip tape at scale, it’s probably more like $8000 per hectare.”

But Euan says depending on the type of farm, the result could be a 10 or 20 percent reduction in water use.

Yet calculating the ultimate return on the capital can be challenging given the significant upfront costs. Even rational actors often opt to stay with the current practice rather than risk uncertainty, despite the potential benefits. This makes adoption really tough.

Barrier 2: Not valuing your time

But Euan Friday says the value of this time is not always recognized.

This is an opportunity for business models that can align the value proposition with how farmers think.

Matthew Pryor, co-founder of Tenacious Ventures, says the challenge for agtech companies when they’re trying to sell to a user, is that a person who doesn't value their time doesn't value a product which saves them time.

“If they're just as happy to keep doing what they're doing, then we haven't solved the total problem,“ Matthew said.

“The total problem is, what’s going to motivate the behavioral change?’

“And it can't be a conversation about how you pay us a hundred dollars a week and we'll save you four hours.”

Barrier 3: Not knowing how to use the technology

Ultimately, the technology is really only as ever as good as the person operating it.

Inge Bisconer is an irrigation industry consultant with Surf ‘N Earth Enterprises. She says there is a lack of educational and onboarding support for farmers.

“If a farmer is not taught how to determine when to schedule irrigations according to agronomic principles, or how much water the crop is using, they could end up running a drip tape irrigation much like they did their flood systems; irrigating for three solid days every two weeks,” Inge said. 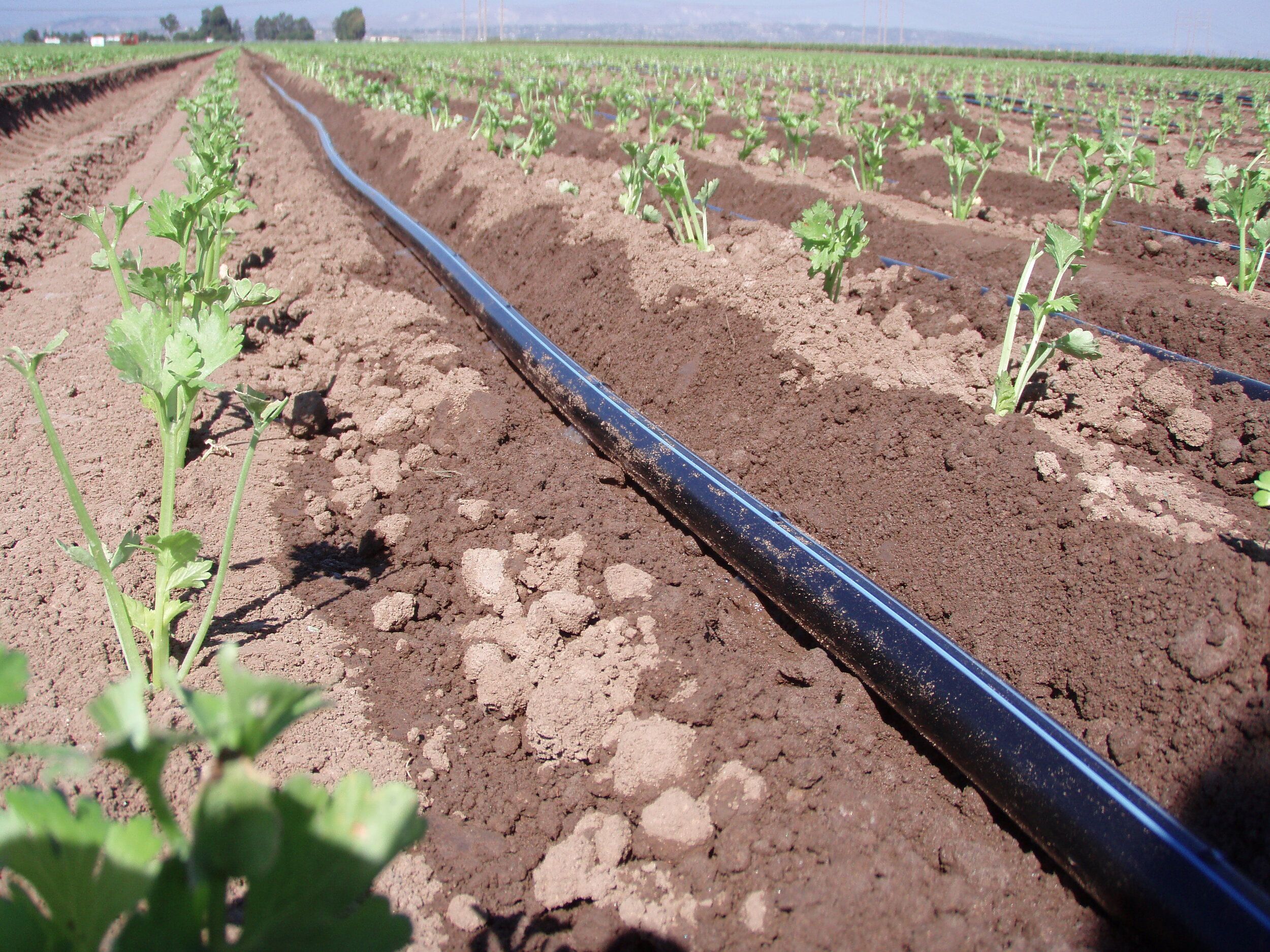 “And that is not how you operate a state-of-the-art drip irrigation system.”

Traditionally, demonstrating how a product works is usually left to the manufacturer or the dealer.  But Inge Bisconer believes this is inadequate when it comes to irrigation tech.

She said, instead, irrigation specialists, who can be hired by the farming business, are needed to provide tailored advice.

“The irrigation dealers are great in constructing systems and the manufacturers are great at inventing new technologies… but neither are necessarily good at agronomic principles of how to use the system,” Inge said.

“So I believe there is the opportunity for a skillset to fill that gap.”

So what are the solutions?

Inge Bisconer’s suggestion of a specialist irrigation consultant is certainly a start.

“What they need is a recommendation, based on an algorithm perhaps, but essentially advice from someone who can cut to the chase.”

The future of irrigation tech is sometimes sold to investors or farmers as being similar to a thermostat - where the ideal system is one you can set and then walk away.

But realistically, that’s not possible, at least right now. And even if we do have the artificial intelligence to run a thermostat-style system one day, it doesn’t address farmer psychology around the fear of a loss of control over their business..

“I don’t think farmers are ever going to let some artificial intelligence determine when to make such a crucial decision on a very expensive enterprise,” Inge said.

Ultimately, to accelerate adoption, the technology needs to fit the farming system and not the other way around.

For farmers, this means speaking to manufacturers, dealers and agronomists at the design stage - to ensure an irrigation system is fit for purpose before it’s installed.

For industry, this means offering more flexible business models, so that the overall financial benefit is much clearer to a farmer when adopting a new (and often expensive) irrigation system.

The need for these solutions will only become more critical under climate change as water becomes less available.

“For instance in unique climates, like California, it just makes no sense to grow lower value crops.”

“And many acres may go out of production just because of a lack of available water.”

For more on irrigation tech adoption, read our full report The Agtech Adoption Dilemma: Irrigation, made in collaboration with  Upstream Ag Insights.

AgTech So What? is brought to you by the Agthentic Group.