AgTech in Asia is Heating Up

Asian countries are under pressure from a rising middle class, changing food consumption patterns, and land scarcity. A better, cheaper, and more efficient way of producing food is needed, and many are looking to agtech for a solution.

Last year China saw 10 deals totaling $427 million in venture investment, while 53 Indian startups raised $313 million, and four Japanese companies raised $8.9 million, according to AgFunder. China accounted for six of the top 10 deals outside of the US, with local Chinese investors leading the rounds for these startups.

Agtech in Asia is heating up. Here’s a look. 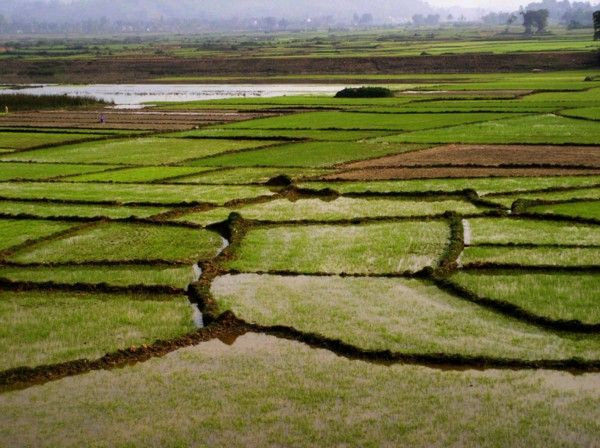 Food system startup activity in Asia has seen dollars flowing to hot categories like e-commerce and food delivery, following the patterns we’ve seen in the US and Europe. Increasingly, startups are looking further upstream, using sensors, apps, and algorithms to improve agriculture.

In 2016, the largest investments were made in e-commerce startups touting convenience and transparency benefits. Yiguo — a leading fresh food e-commerce platform in China — solidified series C funding in the largest deal in the region of $200 million in 2016. The company is seeking to provide quality food products to consumers at a time when food safety scandals in the China have encouraged middle-class consumers to look abroad for trustworthy products. Chinese e-commerce startups Benlai Life and MissFresh also received significant funding in 2016.

The online food delivery industry is growing in popularity, particularly in India. According to the India Brand Equity Foundation (IBEF), the online food delivery industry grew at 150% year-on-year in 2016. Most recently, the Mumbai-based on-demand food delivery startup Box8, which prepares and delivers Indian meals across Mumbai, Pune, and Bengaluru, raised about $1 million in venture debt funding from Trifecta Capital. Other players in this segment include Zomato, Runnr, and Swiggy.

Inefficient, fragmented supply chains and newly pervasive mobile technologies have also created opportunities to connect farmers and consumers in more efficient and profitable ways by shortening the supply chain. For example, India-based NinjaCart — an agriculture marketing platform — connects farmers directly with businesses to cut out middlemen and reduce food waste. Ricult — a startup spun out of MIT and based in Pakistan — not only provides farmers with affordable credit and high-quality farm inputs, but is also working to provide farmers with access to end buyers. The Ricult team recently won the “Innovative Ideas and Technology on Agribusiness” award by the United Nations Industrial Development Organization (UNIDO) at the Seeds & Chips conference in Milan, Italy on 10 May. Bangalore-based Farmily, Bengaluru-based Farm Taaza, and Gurgaon-based fresh2all, are other players hoping to disrupt fresh produce supply chains.

While not yet as prominent as in the US, startups finding creative uses for insects are hitting the scene. For example, Biteback, an Indonesian startup, is seeking to disrupt the $60 billion global palm oil industry by creating a nutrient-dense and sustainable alternative for palm oil made of edible insect. Biteback was selected as a finalist in the Thought For Food (TFF) Challenge in Amsterdam and will be attending the Startupbootcamp FoodTech accelerator in Rome.

Beyond entrepreneurs, a growing ecosystem of resources and business leaders is emerging to support and invest in agtech ideas.

At least 6- any some say as many as 15- accelerator programs dedicated to foodtech and agtech have emerged in the last 5 years alone. Bits x Bites established in 2016, is China’s first accelerator and venture capital platform focused on four key investment areas: agriculture, food production, distribution and retail. The program is based in Shanghai, and saw its first cohort of startups in February 2017.

In India, T-Hub Agritech Accelerator Program — a three month intensive program based in Hyderabad — is aimed at helping agtech startups to grow and scale. The program operates in partnership with ICRISAT (International Crops Research Institute for the Semi-Arid-Tropics) and is powered by RViP (Riverbridge Ventures Innovation Platform). Additionally, Villgro, an accelerator based in Chennai, India, is a 100-day incubator and also provides technical advisory, human resource advisory, and financial advisory services. Startups in the program can receive up to $6.5 million seed funding from Villgro and up to $4 million equity investment from Menterra Social Impact Fund.

The influx of accelerators will help build an environment where startups can access the mentorship, funding, and basic skills they need to succeed.

Agriculture and food-related events have been emerging throughout the region as evidence of the growing momentum in the industry. Most recently, the Future Food Asia Award — an Asia-Pacific-wide competition supported by the Economic Development Board of Singapore and global food processing company Archer Daniels Midland Co. — attracted startups from 19 different countries from the wider Asia Pacific region. The pitch event took place in Singapore on 26 May and awarded a $100,000 Grand Prize to String Bio, a company that converts methane gas into proteins used for animal feed, from India. Additionally, Agritech Summit (or AG/SUM) took place this year in Tokyo, bringing together a diverse group of agri-curious and agtech experts.

Some new agtech and FoodTech investors are emerging and established VC firms in the region are adding new agriculture focused funds. For example, Singapore-based family office ID Capital is looking at pre-Series A and Series A stage agtech and FoodTech startups in the Asia Pacific region. Beijing-based Tsing Capital recently opened a Agriculture & Food Fund targeted at $1 billion. 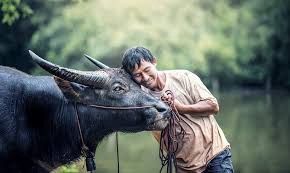 Other AgTech-focused VC firms are continuing to see potential in the region and sector. India-based Omnivore Partners is in the process of raising its second fund, targeted at $80 million (double the size of its first fund which closed in 2013). Omnivore’s portfolio includes Khedut (automatic seed drill) and Barrix (integrated pest management). Additionally, Ankur Capital, also an Indian-based early stage fund, has recently launched ThinkAg2030, a forum that organizes events to bring together innovators, experts, corporates, and entrepreneurs. Ankur Capital has invested in five agribusinesses — Cropin (predictive AgTech), BigHaat (e-commerce for agri inputs), Tessol (eutectic based cold storage) and Health Sutra (ready to eat/cook millet based products).

The Future of AgTech in Asia

As the simmering agtech industry in Asia begins to gain exposure at the global level through events and increasing startup activity, the region will continue to attract agtech-focused local and international investors. It is encouraging to see that the region, which employs a vast amount of its’ population in agriculture, is looking to technology and innovation to increase the long-term sustainability of the industry.