Alchemists in Agriculture - reflections on publishing in Nature, with Charlie Day of Jupiter Ionics 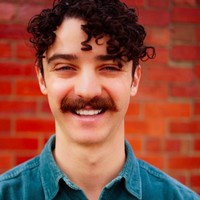 The world's leading multidisciplinary science journal, Nature, recently published the research of a team working out of Monash University in Melbourne, Australia. In the paper, Jupiter Ionics, led by CEO Charlie Day, present evidence that they have been able to produce ammonia in an electrochemical cell with 100% selectivity and using renewable electricity.

I either flunked chemistry or lost the faith of my teachers early enough that, on first reading this, I couldn’t explain why it’s a big deal. But it is - Nature is one of the most respected scientific journals in the world. And this particular breakthrough is one on which many industries that need new technologies and pathways to decarbonization are waiting.

I caught up with Charlie to explore why the latest announcement matters for food and agriculture, and what being published in Nature - a long, complicated, and uncertain process - means for a scientific startup bringing new research to market.

The problem: food prices are hostage to the natural gas price

In 2022 the world experienced, to an extreme degree, that the prices of many everyday food items are linked to the price of fossil fuels like natural gas. For our food, this is because the fertilizers used in agriculture are mostly derived from ammonia, itself the output of the energy-intensive Haber-Bosch industrial process.

As Charlie explained to me, “being hostage to the natural gas price is not a comfortable position for food systems to be in.” And in a world pushing urgently towards decarbonization, we’ve already run out of carbon-budget to keep burning fossil fuels to produce fertilizer - today, the $70B per year ammonia production industry generates approximately 2% of the world’s greenhouse gas emissions.

From bird poo to lab breakthrough

Western economies have relied on nitrogen fertilizers for centuries. Literal islands of seabird guano in the Pacific Ocean were essential to the British Empire, and these outposts of nitrogen were mined and shipped back for use in agriculture. The discovery of the Haber-Bosch process in the early 1900s replaced the need to mine guano for fertilizer - instead, it became possible to use chemical energy from burning coal and natural gas to fix nitrogen and hydrogen, and produce ammonia that could be used for fertilizers.

Charlie’s team at Jupiter Ionics are on a mission to scale the next iteration of how the world produces ammonia for agriculture and other energy-intensive industries.

A decarbonized world needs alchemy from the air

Whilst many people are seeking to reduce or remove the carbon footprint of the Haber-Bosch process, Jupiter Ionics is rethinking the process from the ground up using an electrochemical cell. This cell is designed to scalably produce ammonia using only air, water, and renewable electricity.

It’s a goal that would break the nexus between ammonia and natural gas prices, and instead link it to the cost of producing renewable electricity. While the science is only just moving out of the lab, Developing an alternative to the Haber-Bosch process that can work at a commercial scale would push the world closer to using the cheapest and cleanest form of energy to make fertilizer.

With volatile natural gas prices ripping through supply chains this year, it could theoretically be cheaper today to make ammonia with renewable electricity than it is using natural gas. This came as a shock for Charlie and his team: “we thought it would take years of technology development to get to the point where the prices crossed over. But today you could make green ammonia for less than you could make it using natural gas.”

Charlie explained that, whilst an electrochemical pathway to making ammonia isn't new, a consistent problem in the field is that it usually only produces a little bit of ammonia and a lot of other things, notably hydrogen. “If you're putting a lot of energy in and only a small amount of that is making ammonia, that's not a good thing.” Using their system, Jupiter Ionics can reliably produce ammonia at nearly 100% selectivity - “we know that every electron passing through the circuit is making ammonia and not something else.”

By ensuring that the electricity powering the system is being used to exclusively produce ammonia, the overall scale of the system can be smaller and cheaper. This opens up the possibility of using renewable electricity to fully power the process, and underpins a cheaper, more practical alternative to Haber-Bosch in many cases.

The transformative potential of this breakthrough is what makes the research relevant to a journal like Nature. As Charlie explained, “it’s a milestone that makes an economy working on something other than hydrocarbons that much more feasible. I think that’s exciting.”

Why publish research as a startup?

As an early-stage company charting a path to market, managing pressure to execute, and also protecting intellectual property, deciding to publish research must be a strategic decision. Charlie told me that a journal like Nature has the highest standards of any research publication in the world. “You have to be incredibly thorough, chase down every little strand of evidence, and tell a story that clearly articulates your knowledge.”

But being featured in Nature also provides the highest level of independent validation of a scientific company’s work, which is something that an early-stage startup can’t get elsewhere. It’s this credibility that gives investors confidence, and that highlights the work to future team members. It has even led to potential leads for future customers: “I’m speaking with a farmer who reached out after the release. They use several hundreds of tons of ammonia on their farm today, and they are conscious that it's not particularly green in its current form.”

What has Jupiter Ionics learned from publishing in Nature?

Charlie assured me that publishing research isn’t always smooth sailing. The final paper may tell a clear and coherent story about the science that has developed over time, but at the lab bench things don’t always go to plan: “you do have your days when really basic stuff just doesn't seem to quite work. There are so many factors that are outside your control. But the discipline of publication - especially in a journal like Nature - forces you to keep your science game at the top level.”

For other startups commercializing breakthrough science, Charlie reflected on the team he is building at Jupiter Ionics. He shared that “it’s very hard to be really good at both breakthrough research and building a company - no one should be surprised that they can’t do everything single-handedly.” Like most early-stage companies, recruiting the right skills to execute on both the science and the company-building makes sense, as well as building a culture that supports both. “Innovation is a team sport. Everyone plays a role in achieving an ambitious goal.”

‍For more information on Jupiter Ionics, read our Investment Notes from participating in their $2.5M AUD seed fundraise in August, 2021.