Letting outsiders in: How agriculture can benefit from opening up to new perspectives and skills 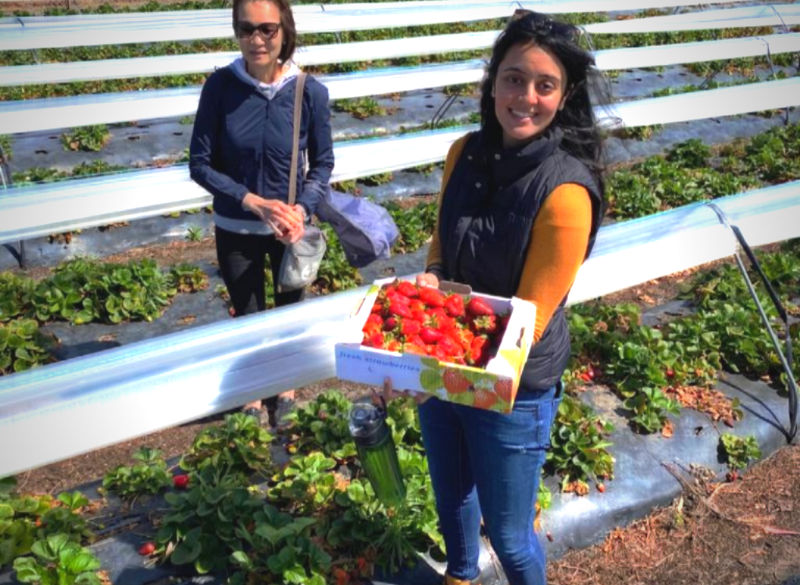 Who’s allowed to have a say in agriculture?

Just a few weeks ago, there was uproar in Australia when ANZ, one of the nation’s leading banks, announced a new climate policy that would require large, institutional customers to demonstrate climate transition plans as a condition of borrowing. The bank was lambasted for being anti-farming, and David Littleproud, Australia’s Federal Minister for Agriculture, even went so far to say that “we can’t let profit-driven financiers from Pitt Street dictate to society how to produce food and fiber.”

While Mr. Littleproud certainly doesn’t speak for the whole industry, there is some truth to the notion that agriculture, globally, not just in Australia, isn’t always welcoming of external perspectives. At AgThentic, we recently ran a Twitter poll asking how well agriculture as an industry handles criticism. 60% of respondents agreed that it is “mostly defensive.” And as someone without a traditional ag background, I’m acutely aware that one’s license to operate in the industry can often hinge on belonging to a multi-generational farming family or having “mud on your boots”.

The end of gate-keeping in agriculture

It’s becoming increasingly clear that the industry will have to get comfortable with not only listening to non-traditional and non-ag voices, but also inviting them to be part of the conversation. Of course, I might have a natural bias to say this, given my family gave up farming in India more than a few generations ago, and yet I still feel like I am adding value by working in the industry.

But personal motivations aside, dozens of conversations with experts in recent months about how we can future-proof the industry have also echoed this conclusion. There are two key reasons we see both an imperative and an opportunity in expanding our views on who gets a seat in the agriculture tent.

While decisions about how food and fiber is produced have an immense impact on farmers and their livelihoods, they aren’t the only ones affected. Although Mr. Littleproud characterized ANZ’s climate policy as an attempt at ‘virtue signalling’, financial institutions aren’t developing climate policies just to make moral statements. They are trying to manage their portfolio risk and exposure, and naturally, have a vested interest in seeing their customers, within and beyond agriculture, develop climate resilience and mitigation plans. At the same time, environmental, social, and corporate governance (ESG) requirements are increasingly being used by investors to manage portfolios and make capital allocations. These criteria and investor pressures are starting to have ripple effects across entire supply chains and no-doubt will impact upstream agricultural production practices as well.

And it’s not just the private sector that will increasingly put into place standards that influence how food and fiber is produced. As nations look to meet their emissions reduction targets, trade and climate policy will undoubtedly intertwine. If major export markets put in place requirements for zero-carbon imports or instate carbon taxes, for example, the ag sector will have to respond to stay competitive. The notion that only farmers should have a say in how food and fiber is produced is divorced from the reality that we operate in a complex, intertwined, and interdependent world.

2. In a digitized world, there’s nowhere to hide

Digitization of the food system, and really the entire world around us, has precipitated a shift towards democratization of information and transparency. Consumers not only want to know more about how and where their food is produced, they are also increasingly able to access that information. This visibility has been underpinned by both new technologies (e.g., IoT-enabled sensing and monitoring) and communication platforms (e.g. social media). The democratization of information has two important implications: (1) with more information available, more opinions will be formed about what is “right” and acceptable, and (2) once formed, opinions can easily enter public discourse and influence behaviors. In such a noisy environment, it is becoming increasingly complicated and imperative for businesses all along the value chain to manage consumer trust, and that will require new modes of engagement.

An opportunity to build bridges, not walls

The onus of finding common ground and building mutual understanding doesn’t fall entirely on the ag sector. This is a two-way street, and all parties have to be willing to find common ground on which to engage. However, we can demonstrate leadership and set ourselves up for success in three ways.

Rather than responding to calls for change or challenges with defensiveness, we can choose to respond with transparency. Here, the ag sector might be able to learn from the experience of the fashion and apparel industry, which has long been scrutinized for labor practices in garment factories. In the 1990s, major brands like Nike came under fire and were intensely criticized by activist organizations for violating ethical standards and running sweatshops, where workers, including children, were subject to unsafe working conditions, poor wage rates, and excessive overtime. Once a prime target of activist attacks, today Nike is seen as an industry-leader in sustainability. This isn’t to say that Nike no longer has labor problems in its supply chain — it almost certainly does. But, the company’s decision to accept accountability, lean into uncomfortable conversations, and provide transparency into its supply chain — for example, by publishing a list of their manufacturing partners and working with suppliers to develop management capacity — has won the confidence of both advocacy groups and consumers. There is tremendous commercial opportunity in lending an ear to understand what consumers want and being transparent and adaptive to those needs.

The challenges facing the ag sector today, particularly those around climate, are much bigger than a single industry. Although ag has an important role to play in addressing and responding to these challenges, we cannot do it alone. Partnerships with ‘unusual suspects’ will be required to survive and thrive in the long-term. For example, David Carter, CEO of Austral Fisheries, the world’s first carbon neutral fishing company, has sought out partnerships with both NGOs and the oil and gas industry to develop low-carbon solutions for his fleet. He believes that not too long into the future, fisheries could lose their license to operate based on the amount of fuel that is spent to harvest seafood, and that consumers will demand low-carbon production methods, not just carbon-offsets. Collaborating with adjacent industries, non-profits, and public institutions is a way for the ag industry to not only stay ahead of the curve, but also ensure our voices are represented and trusted as the inevitable changes occur.

Finally, the ag industry will also need to expand its inner circle and move beyond an “us” versus “them” narrative. New business models and technologies present new opportunities for the industry, but they require a new and broader set of skills. Businesses will need to engage data scientists, engineers, brand managers, social media experts, and more to remain competitive. Rob Sharkey, a grain farmer in the US, has branched out into radio, TV, podcasts, and social media — just one example of how farmers are already expanding their roles and diversifying their revenue streams. Of course, farmers won’t be able to fill every role required to successfully manage their businesses themselves. They will need to bring in talent from other domains, and in order to do so successfully, we will have to break the perception that ag is an insular and unwelcoming industry.

Change can be scary and feel threatening. It’s understandable, and legitimate, to be concerned about “outsiders” with little farming experience influencing how things are done in agriculture. Farming requires the management of complex systems based on science and hard-earned experience, which cannot be discounted. The fear that farmers will lose control not just of their businesses, but also their livelihoods, as external influences on agriculture increase is also not something to take lightly. But, change also paves the way for new possibilities, and there is an immense opportunity for the industry to bring in new perspectives and skills.

I know from personal experience that agriculture has the capacity to be welcoming to “outsiders”: I’ve had complete strangers invite me not just to their farms, but into their homes, and have overwhelmingly been met with respect and patience even when it’s been clear that I’m still learning the ropes. Going forward, I hope we are ready to throw open the doors and embrace the opportunities ahead by welcoming more voices into the conversation.

Like this article? Read more of our insights and opinion on the AgThentic Blog.