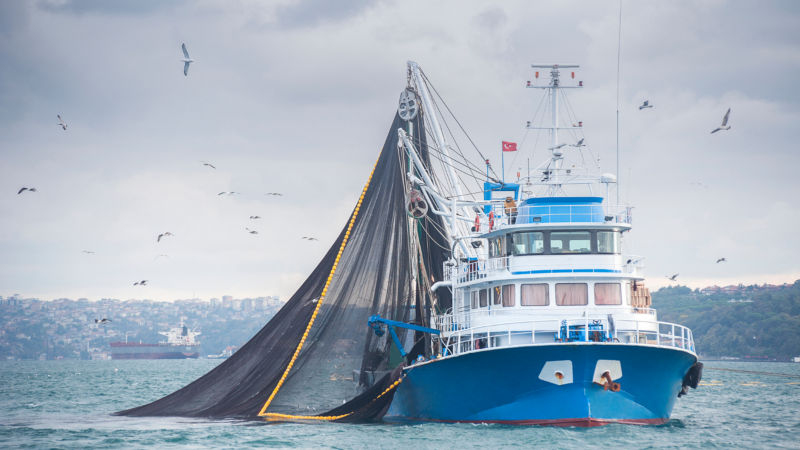 Since its release at the end of March, Seaspiracy has made a splash: it is the 5th most watched movie on Netflix so far this month, and has been attracting attention through both social media and traditional news coverage. Having heard so much about it, my husband, an omnivore, and I, a long-time vegetarian, recently decided to check it out. When the movie finished, he looked at me and half-jokingly said: “did you suggest we watch this to convince me to stop eating seafood?”

Despite the (unwarranted) accusation, I was actually surprised, and in some ways disappointed, by the documentary. The film’s thesis is that consumers should completely give up eating seafood as the solution to the sustainability and ethical challenges facing the industry. On the one hand, I appreciate that Seaspiracy is trying to provide transparency into the seafood supply chain and that it draws consumers’ attention to very real and important challenges, including human rights abuses and environmental impacts. But on the other hand, I’m wary that the documentary is sensationalized and offers viewers a reductive “solution” to what is a complex, systems-based problem.

I keep thinking about this tension, and more broadly about how we can communicate better and drive change within the food system. Here’s what’s been on my mind:

One of the key messages of Seaspiracy is that consumers cannot trust existing sustainability certifications and labels, particularly the Marine Stewardship Council (MSC) certification and the Earth Island Institute’s dolphin-safe label. The film suggests that not only are the certification and auditing processes for both these schemes inadequate, but also that the sponsoring organizations face perverse financial incentives, making them inherently untrustworthy. I agree that these sustainability certification schemes are deeply flawed, that incentives matter, and that there’s a huge risk in leaving consumers feeling like they were misled. But rather than making perfect the enemy of progress, the focus should be on how actors within the food system can honestly and responsibly communicate to not erode trust with consumers.

Indeed, Seaspiracy has faced criticism for many of the same offences it has accused other environmental groups of. Many sources, including the BBC, Vox, and Guardian, have recently published articles fact-checking Seaspiracy. They have all concluded that the documentary has misrepresented or misconstrued some of the most prominent claims presented in the film. The filmmakers clearly have incentives to present information in a way that shocks audiences — they want to heighten the drama to attract eyeballs and attention. To be clear, I don’t think this in any way lessens the importance of the very real environmental and human rights abuses that the documentary shines a light on. But, when hyperbole is used and then exposed, viewers lose confidence, ultimately undermining the potential for impact and progress. At the very best, viewers might do independent research to determine for themselves what to believe and not; at the very worst, and far more likely, they may write off everything they hear and doubt even that which is true.

As both information and misinformation about the food system and our supply chains increase, everyone from activists to food brands will face the challenge of maintaining consumer trust and credibility. While the answer is certainly not to keep consumers in the dark about how their food is produced, there also needs to be a careful balance between science and sensation to ensure that consumers do not develop apathy or disaffection as a result of what they may interpret as being lied to again and again.

Seaspiracy leaves viewers with a clear and simple call to action: switch to a plant-based diet, because that is the only way to save the oceans. I find this simplistic and reductive approach to be unhelpful and potentially harmful in driving real, systematic change in our food system to make it more sustainable, ethical, equitable, and resilient.

Though it may not be a sexy storyline, systems-change is precisely what it will take to drive more sustainable and ethical production across the seafood industry and our entire food system. In many ways, suggesting that people simply just stop eating seafood feels like a cop out answer to addressing very hard and intractable challenges. It also ignores the reality that no segment of our food system from meat to dairy, chocolate, coffee, sugar, avocados, to…(I think you get the point), is free from sustainable and ethical challenges. Consumers can and should play an important role in shaping our food system by voting with their dollars and making more conscious choices. But we also need policy, technology and business innovation, and collaboration between the private, public, and social sectors to drive meaningful change in our food systems. Advocacy is a vital and important tool to push for change, but suggesting that there can be no such thing as sustainable consumption leads to paralysis — and we cannot afford to stall in our pursuit of a more sustainable and resilient food future.

Taking an overly simplistic approach to solving complex problems may also result in unintended consequences. A classic example is the one-for-one business model pioneered by TOMS Shoes, which promised to solve consumers’ footwear needs and fight poverty at one shot by donating a pair of shoes for every pair purchased. While the team at TOMS likely had the best of intentions when starting out, their one-for-one business model was a naive approach to solving systemic problems that has resulted in unintended consequences which threatened the viability and livelihoods of small, local shoemakers. This is not to say that TOMS is a bad organization or that philanthropy can never work, but rather that to truly make progress on tough challenges we need to actively think about second and third order consequences and continually adapt our approaches based on data and evidence.

The same concern of unintended consequences applies when considering a large-scale boycott of the seafood industry. Sure, bad actors who are profiting from poor environmental practices and labor abuses would be hurt by a boycott. But so would individuals who rely on the industry for their livelihoods and communities for whom seafood is an important source of food, culture, and identity. Demand for seafood would be replaced by other sources of protein, perhaps better for the oceans, but not without implications for the environment and people in other ways. Plant-based is by no means synonymous with sustainable and ethical.

We need systemic solutions that account for the need to safeguard livelihoods, ensure food security, and balance the health and well-being of people, animals, and ecosystems.

Increasing confusion in the food system

Watching Seaspiracy led me to unexpected reflections about where consumers get their information, how this information shapes their decisions, and with what consequences. I’m worried that the pendulum is going to swing from one extreme of opacity, past transparency, to another extreme of information anarchy and manipulation. In a world in which there is an abundance of information that can instantly reach global audiences, and where distinguishing between truth and spurious sensation is nearly impossible, we run the risk of confusion, mistrust, and disaffection. We need to embrace nuances in having conversations about the state of our food system and how we can work together to build towards a more sustainable and resilient future. We shouldn’t obscure, overpromise, or senstationalize; and we have an imperative to constructively criticize in the spirit of continuously improving, but should do so responsibly. 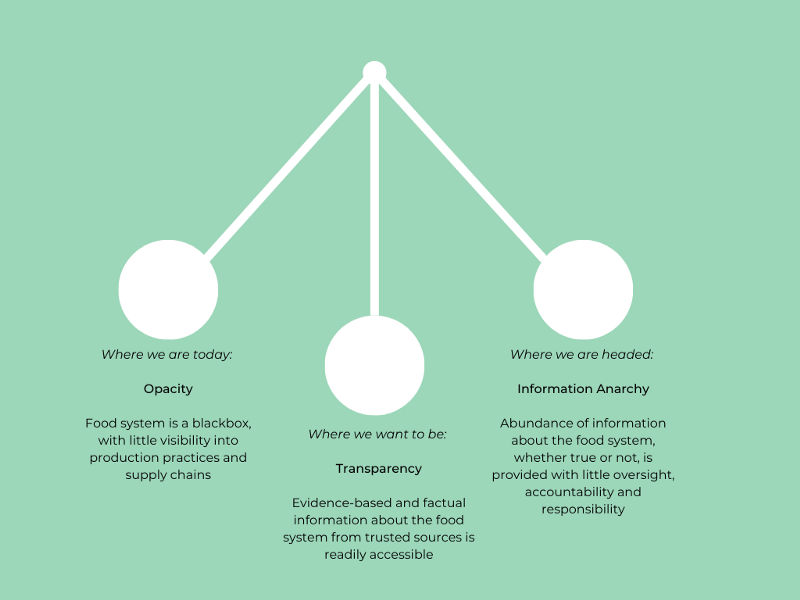 Just as there are no simple answers to addressing the food system’s sustainability challenges, neither are there silver bullets to addressing its information and communications challenges. As content creation becomes increasingly democratized and gives stakeholders a wider reach than ever before, tech platforms and policy makers will need to address questions of responsibility for information accuracy and consumer protection. Industry will need to develop strategies for truthfully and transparently sharing information and evidence with consumers and responsibly responding to misinformation threats. Influencers, whether environmental activists or food brands, will need to manage the fine line between marketing and manipulation. And consumers will need to demand evidence and develop their muscle in discerning between fact, fiction, and fantasy.

Komal Patel is Principal Advisor at Agthentic Advisory and Venture Analyst at Tenacious Ventures. For more agtech and innovation insights, check out our podcast, Agtech… So What?